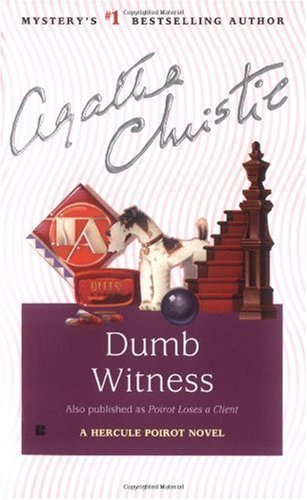 Dumb Witness is a detective fiction novel by British writer Agatha Christie, first published in the UK by the Collins Crime Club on 5 July 1937 and in the US by Dodd, Mead and Company later in the same year under the title of Poirot Loses a Client.

Emily Arundell writes to Hercule Poirot because she believes she has been the victim of attempted murder. She is a wealthy spinster living in Berkshire. What she believes is attempted murder is seen by her household as her tripping over a ball left by her dog, the fox terrier Bob. When Poirot receives the letter, she has already died.

Her doctor says that she died of chronic liver problems. The woman's companion, Miss Minnie Lawson, is the unexpected beneficiary of a substantial fortune and the house, according to the will written while Emily recovered from the earlier fall. Under the previous will, Miss Arundell's nephew Charles Arundell and nieces Theresa Arundell and Bella Tanios, would have inherited. This gives them all motive for the first possible attempted murder. While examining the house, under the pretense of buying it, Poirot discovers a nail covered with varnish and a small string tied to it at the top of the stairs. Before her death Miss Arundell had said something about 'Bob...dog...picture...ajar'. Poirot concludes that this means a jar with a picture of a dog on it and that Bob could not have put the ball on the staircase, because he had been out all night. Miss Arundell therefore fell over a tripwire tied to the nail.

On the day Emily's last illness began, a seance was held at her home, with Minnie Lawson in attendance. Witnesses say that when Miss Arundell spoke, a luminous aura came from her mouth, billowing like a spirit. Minnie Lawson similarly reports that a luminous haze appeared. Theresa and Charles want to contest the will and Bella agrees to join her cousins in this, but it is not pursued. At Miss Lawson's house, Poirot talks to the gardener and learns that Charles talked to him about his arsenic-based weed killer. The bottle is nearly empty – something that the gardener finds surprising. Miss Lawson recalls seeing someone through her bedroom mirror at the top of the stairs on the night of Miss Arundell's fall. The person was wearing a brooch with the initials, "TA", taken to be Theresa Arundell. After implying that he bullies her, Bella leaves her husband, Jacob. She goes to Miss Lawson, who hides her and the children at a hotel. Poirot directs Bella and her children to another hotel, and gives her his summary of Emily Arundell's death. Poirot fears a second murder; moving Bella is meant to protect the likely victim. The next day, Bella is found dead, by an overdose of chloral, a sleeping medication.

Poirot reveals to her surviving family and heiress how Emily Arundell was murdered and by whom. Poirot considered all as suspects to start. Theresa stole the arsenic, but could not bear to use it. She and her brother each suspected the other. Emily Arundell feared that her nephew, the only person bearing the Arundell name, had attempted to kill her, so she told him of the revised will. He was satisfied with stealing a small amount of cash. The brooch that Miss Lawson had seen through the mirror was Bella's with the initials "AT" for Arabella Tanios; they appeared as "TA" reversed in the mirror. Bella is the murderer. She never really loved her husband, and grew to hate him as the years rolled by. She wanted to separate from him and keep the children in England, but had no means. When her first attempt failed, she succeeded in her second attempt by inserting elemental phosphorus in one of the otherwise harmless capsules her aunt took for her liver troubles. Death by such poison causes liver failure, with symptoms like her disease, save for the phosphorescent breath, and a foul smell to it that her doctor missed. She was unaware her aunt changed her will, and faced a worse quandary. Bella took her own life after reading Poirot's summary of the case so far and yielding her children back to their father. She destroyed the papers, burning them in the fireplace to protect her children. Her husband is upset as he did love his wife, though he knows she obtained the chloral to kill him. Emily Arundell wanted no scandal, so Poirot concludes this is the best ending. Minnie Lawson, in her fluttering and caring way, decides to share her inherited wealth with Theresa, Charles, and Bella's children. Theresa marries Dr. Donaldson and is happy. Charles quickly spends his wealth. The dog Bob goes to Poirot, but it is Captain Hastings the dog prefers.

We can help you as far as possible. 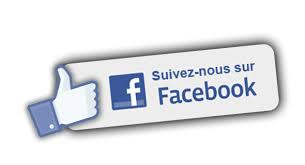 Receive all news through your email.