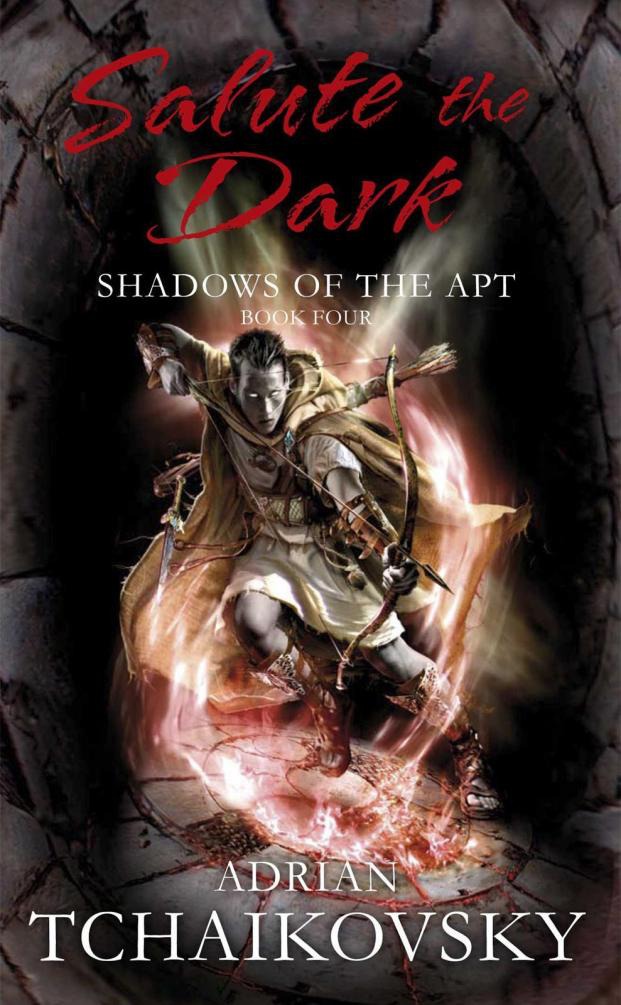 Salute the Dark - Shadows of the Apt 4 -Adrian Tchaikovsky

The fourth novel in the thrilling fantasy series: Shadows of the Apt. Following on from Empire in Black and Gold, Dragonfly Falling and Blood of the Mantis. The vampiric sorcerer Uctebri has at last got his hands on the Shadow Box and can finally begin his dark ritual - a ritual that the Wasp-kinden Emperor believes will grant him immortality - but Uctebri has his own plans both for the Emperor and the Empire. The massed Wasp armies are on the march, and the spymaster Stenwold must see which of his allies will stand now that the war has finally arrived. This time the Empire will not stop until a black and gold flag waves over Stenwold's own home city of Collegium. Tisamon the Weaponsmaster is faced with a terrible choice: a path that could lead him to abandon his friends and his daughter, to face degradation and loss, but that might possibly bring him before the Wasp Emperor with a blade in his hand - but is he being driven by Mantis-kinden honour, or manipulated by something more sinister? About The Author: Adrian Tchaikovsky was born in Woodhall Spa, Lincolnshire. He now lives in Leeds. Married, he is a keen live role-player and occasional amateur actor, has trained in stage-fighting, and keeps no exotic or dangerous pets of any kind, possibly excepting his son.