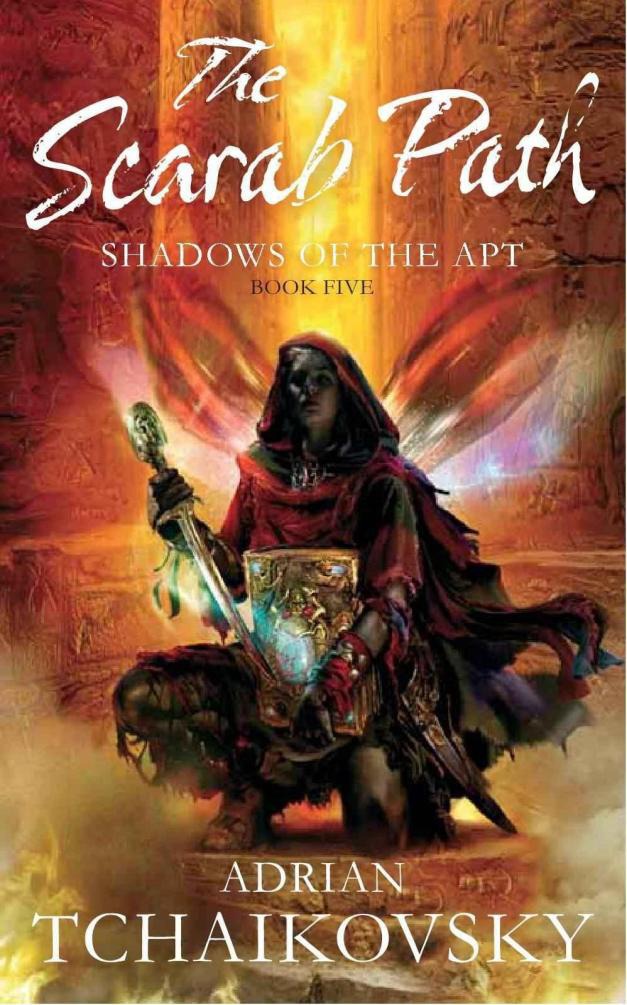 The Scarab Path - Shadows of the Apt 5 - Adrian Tchaikovsky

The Scarab Path is an astonishingly immersive fantasy, in the Shadows of the Apt series by Arthur C. Clarke award-winner, Adrian Tchaikovsky.

The war with the Wasp Empire has ended in a bitter stalemate, and Collegium has nothing to show for it but wounded veterans. Cheerwell Maker finds herself crippled in ways no doctor can mend, haunted by ghosts of the past that she cannot appease.

The Empress Seda is regaining control over those imperial cities that refused to bow the knee to her, but she draws her power from something more sinister than mere armies and war machines.

Only her consort, the former spymaster Thalric, knows the truth, and now the assassins are coming and he finds his life and his loyalties under threat once again. Then out beyond the desert of the Nem, the ancient city of Khanaphes awaits them both, with a terrible secret entombed beneath its stones.