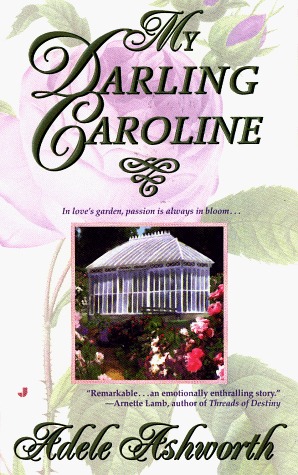 A Lifelong Dream
Lady Caroline Grayson had always wanted to study botany—and had already bred a rare, lavender rose— but as a woman in nineteenth-century England, her intelligence and talents were ignored. Caroline was determined to see her dream become a reality—even if it meant masquerading as a man to be accepted at a university. But when her father arranged for her to marry, she agreed—knowing she could not become a conventional wife.

A Flourishing Love
Yet marriage wasn't what she thought it would be. Her attractive, new husband gave her the freedom she never expected—and the respect she had always deserved. At first she tried to resist his admiration, his love... and especially his touch. But soon she was surprised and overcome by her husband's—and her own—passion. Now Caroline might have to make the most difficult choice of all—between her lifelong dream and the depth of her love for an extraordinary man.