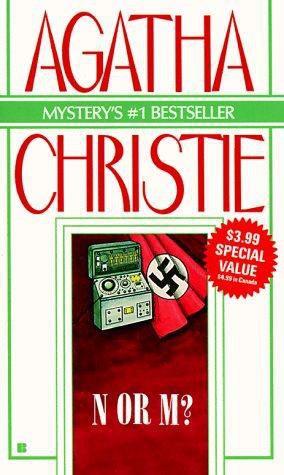 After the outbreak of the Second World War and many years after they worked for British intelligence, Tommy and Tuppence Beresford feel useless and sidelined. When Tommy alone is approached to go undercover once more, however, Tuppence decides to join him on his mission whether invited or not. Through good sleuthing she learns where he is to be sent and actually arrives there before him. They begin a search for German fifth columnists. Another British agent that was following these Germans left a cryptic message on his deathbed: "N or M. Song Susie". Grant knew that "Song Susie" stood for Sans Souci, a hotel in (fictional) seaside Leahampton, based on Bournemouth; "N" and "M" were two German spies, one male and one female. Tommy is to go to Sans Souci to investigate whether N, M or both are at the hotel and to figure out their identities.

Both N and M's identities are revealed at the end of the book; "N" is a top German spy—who is shot by British intelligence at the book's conclusion as he threatens Tuppence's life—and "M" is his female co-conspirator.