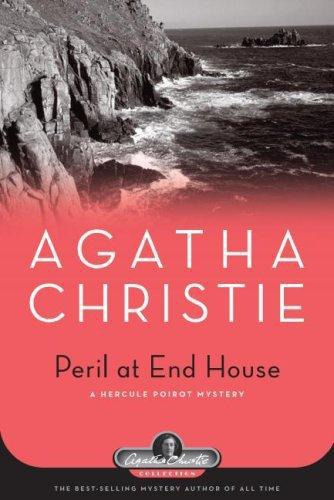 Poirot and Hastings are staying at a Cornish resort. Conversing with Magdala "Nick" Buckley, Poirot believes that someone is out to kill her, confirmed when he finds a bullet that Nick had thought to be a wasp shooting past her head. Poirot explains his concern to Nick. Poirot suspects someone in Nick's inner circle. Nick's nearest living relative is a lawyer cousin, Charles Vyse, who arranged the re-mortgaging on End House for her to supply desperately needed funds. Her housekeeper is Ellen, and the lodge near End House is leased by Australians Mr and Mrs Croft. George Challenger has a soft spot for Nick. Nick's two closest friends are Freddie Rice, an abused wife, and Jim Lazarus, an art dealer in love with Freddie. When Nick had surgery six months earlier, the Crofts suggested she make a will.

It is not clear who wants Nick dead. Charles would inherit End House and Freddie would get the rest of the estate – none of which is worth killing for. At Poirot's advice, Nick calls her cousin Maggie to stay with her for a few weeks. When Maggie arrives, Nick hosts a party with everyone present but George. A renowned pilot named Michael Seton has gone missing, sparking debate about his fate. Nick receives a call while the guests are enjoying the party. Maggie is found dead, wearing Nick's shawl. Nick and Maggie had gone to freshen up, after which Maggie wore Nick's shawl. George is relieved to see Nick alive. Realizing that Maggie was killed by mistake under his nose, Poirot becomes furious, launching an investigation.

To protect Nick, Poirot tells everyone that she is going to a hospital. He asks her not to eat anything from an unknown source. The next day, the newspapers report that Michael Seton is dead and Poirot correctly deduces that Nick received that information through the call. Nick confesses to Poirot that she and Michael were secretly engaged. Michael was the sole inheritor of vast wealth, and that wealth will go to his fiancée. Poirot is wary of the Crofts: he asks Inspector Japp to inquire about them. Poirot and Hastings find the love letters written by Michael, but do not find Nick's original will. Nick recalls sending it to Charles, who denies receiving it. Mr Croft tells Poirot that he sent the will to Charles; one of the men is lying. Nick receives a box of chocolates laced with cocaine, allegedly sent by Poirot. Nick is safe as she ate only one. The chocolates were delivered by Freddie, who claims that Nick phoned her to bring them. Poirot suspects Freddie, who is a cocaine addict. Poirot sets up a ruse with Nick's participation, telling the others that Nick is dead. Charles tells Poirot that he received Nick's will, which is read in End House, awarding her money to the Crofts for helping her father in Australia. This startles all except the Crofts. Nick's "ghost" appears, exposing the Crofts. They forged the will after they heard news of her death, which they sent to Charles. Japp reveals that the Crofts are known forgers. He arrests the duo. But Poirot announces that they had no hand in the murder. Just then, somebody shoots at Freddie and misses. Poirot captures the man, Freddie's sick and dying husband, who wrote many notes begging her for money.

Poirot reveals that the real murderer is Nick. The pilot was engaged to Maggie, not Nick. The cousins have the same name, Magdala Buckley. After learning of Michael's wealth and disappearance, Nick plotted to present herself as her cousin to usurp his wealth. The plot was her own work. George used to supply cocaine to both Freddie and Nick. Nick used her supply to poison the chocolates. Nick is arrested, taking Freddie's cocaine box as a souvenir. Poirot tells George either to surrender himself or go away, allowing Freddie to recover from her addiction. The box taken by Nick contains a lethal dose of cocaine, which she uses to escape the gallows. In the end, Jim and Freddie decide to marry.